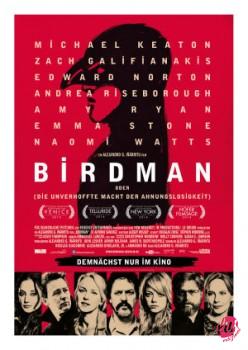 After the Premiere in Venice, Birdman finally hit in cinemas, gaining a general appreciation by the audience and critics. This is a very good news which shows that the cinematographic art, from time to time, still wants to bet on and promote original as well as particular products.

The film is basically a dark comedy often ironic, other times subtle, wry or biting, and it definitely represents an atypical picture for Alejandro Gonzales Inarritu, who’s a director used to depict intense dramas and human tragedies, both of them as violent and ruthless as his cultural and national background: the streets and slums of Mexico City. With Birdman, Inarritu decides to explore a different kind of film, and he demonstrates to be able to handle and master it perfectly.

Over the two hours run time, we come to know Riggan Thomas (Michael Keaton), a movie star famous in the eighties for the role of Birdman: a superhero protagonist of a series of Hollywood blockbusters. After decades in oblivion, Riggan tries to reinvent his career by writing, directing and starring in a Broadway adaption of Raymond Carver’s short story “What we talk about when we talk about love”. The movie portrays Riggan’s week before the world premiere, a period in which he gets stuck in a steam of rehearsals, discussions, performances for the press, and increasing conflicts that complicate his precarious feelings. First of all, there’s a huge diatribe with the brilliant but unreliable method actor Mike (Edward Norton) who reminds Riggan of his past glories and talent. Mike is irreverent and provocative and pushes Riggan to reflect upon the sense of art through fist- fights and battles of insults. As a side dish, Riggan is forced to face his exuberant daughter Sam (Emma Stone). Sam is a recovering addict who repeatedly makes fun of her dad, of his unpopularity and of his inadequacy to the contemporary times, where fame and celebrity pass through the narcissistic lens of social media like Facebook or Twitter. 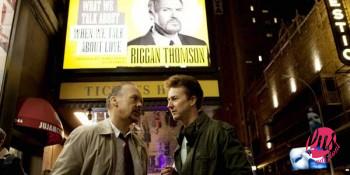 Besides the interpersonal clashes, Riggan is afflicted by a much more profound and intense problem: the coexistence with his alter ego Birdman. He hears in his head Birdman’s cavernous voice that criticizes him and makes him believe to have telekinetic and psychological powers such as levitation. Birdman moves as a cancer in Riggan’s mind, altering his perception of reality and obliging him to deal with the crucial dwell of his career: commercial success against artistic recognition. This identity issue, along with the nags caused by his collaborators and self-styled theatre critics, lead Riggan to the edge of a huge nervous breakdown. His state of soul rises and rises as a climax or a plague, and eventually culminates into an unexpected twist on the stage of the play that had to give him back celebrity and happiness.

Birdman is a film that focuses on contemporary topics: the relationship between talent and success, between what we are and what we would like to be. Under this perspective, it is a touchable reflection upon vanity and human emotions, and how these two are usually opposite sides of the same coin. All the characters are vivid, edgy, and multidimensional, being essentially lonely and desperate souls looking for approval, love and glory, and putting career and ambition on the first place in their list of values. The plot is layered and resonant and it builds a dramatic narrative, which has its core in a series of brilliant and deep conflicts frequently intersected with each other. We have interpersonal conflict, conflict against a world that spans from celebration to underestimation in a blink of an eye, and conflict against oneself: the hardest to cope with. Riggan is crossed by all of them, and his depression and detachment with reality are the witnesses of his fall and failure. At a certain point, Riggan the man and Riggan the actor become one person, shadowed by the snooty presence of Birdman. 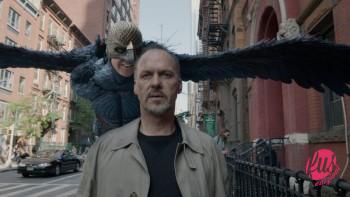 Through Birdman and Riggan’s supernatural powers, Inarritu adds to his film something that really matters for all the Latin American Authors: Magic Realism. When the protagonist causes car explosions or flies over the skyline of Manhattan, these facts are perceived as perfectly normal, although they obviously belong to the sphere of extraordinary events. Inarritu uses narrative and literary schemes of his culture, whose father is undoubtedly Gabriel Garcia Marquez, and applies them to filmmaking. His magic realism taste is subtle and hidden under the appearance of all the typical superhero actions and the jokes that enrich the story with colours and hilarious moments, but it is well recognizable if you grant the film an attentive glimpse.

From the technical and visual point of view Birdman is stunning, a marvellous spectacular for our eyes which stick to the story and to the narrative elements flowing on the screen. The director decided to shoot it in only one long take, without including any cuts. So said, Inarritu’s camera moves, turns, goes up and down with a constant and continuous dribble, following the characters through the various locations of the story, which is essentially all settled in the rooms of the theatre where Riggan and his crew are preparing their debut. Thank to this, we really empathize with the characters, their feelings and with the situation they’re living, shaping a sense of identification between the audience and the story that is raw and rad at the same time. The atmosphere is immersed in a scent of fake and illusion, moulded together by a plastic cinematography, which alternates the classical tones of a superhero movie and the grotesque and melancholic lights of a reality show. In combination with the camera and photography, the acting performances are the main agents in this film. All the actors show their extraordinary abilities in bringing to life these difficult, spoiled and tormented characters. 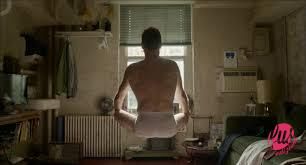 All the scenes of the picture are solid bricks both from the narrative and from the visual point of view, adding emotional meanings and aesthetic creativity that are something hard to forget. One for all, the epic sequence in which Riggan walks in underwear through one of the stagiest places on the planet: Times Square in the middle of New York City. The actor, who remained locked out from the theatre, runs embarrassed between photographers, tourists and plasma screens, embodying the symbol of decadence and popularity.

Birdman spins on our minds and souls with the roughness of a punch in the eye, and the harmonic lightness of an old song nailing from a vinyl in the darkness of a movie theatre. Inarritu’s work is a cinematographic experience that turns into a rock opera but never forgets its roots in comedy, in a human drama, in an unexpected state of ignorance. 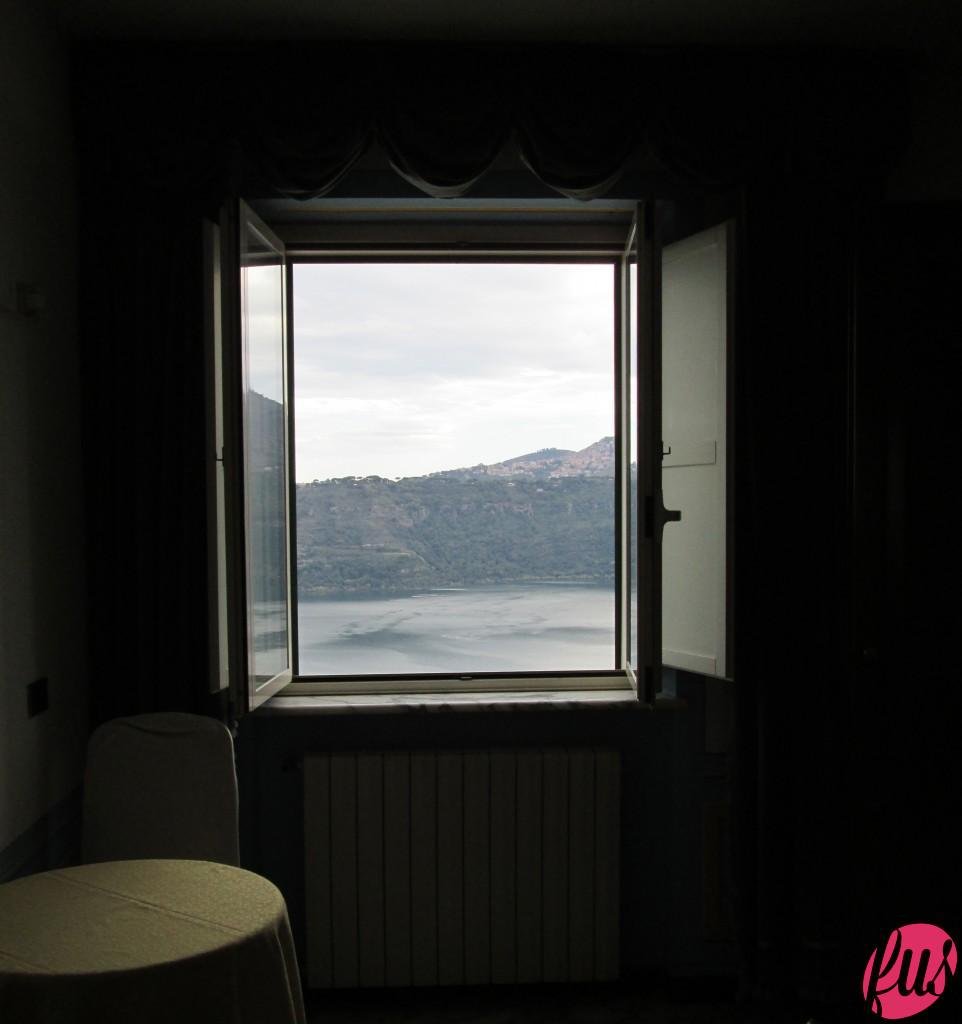 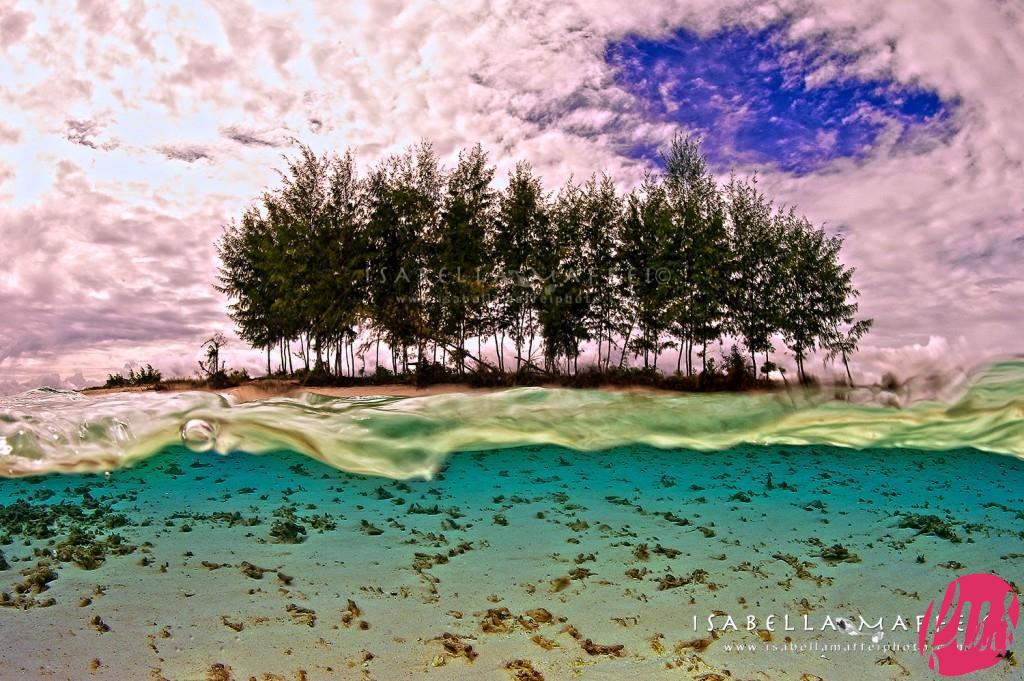 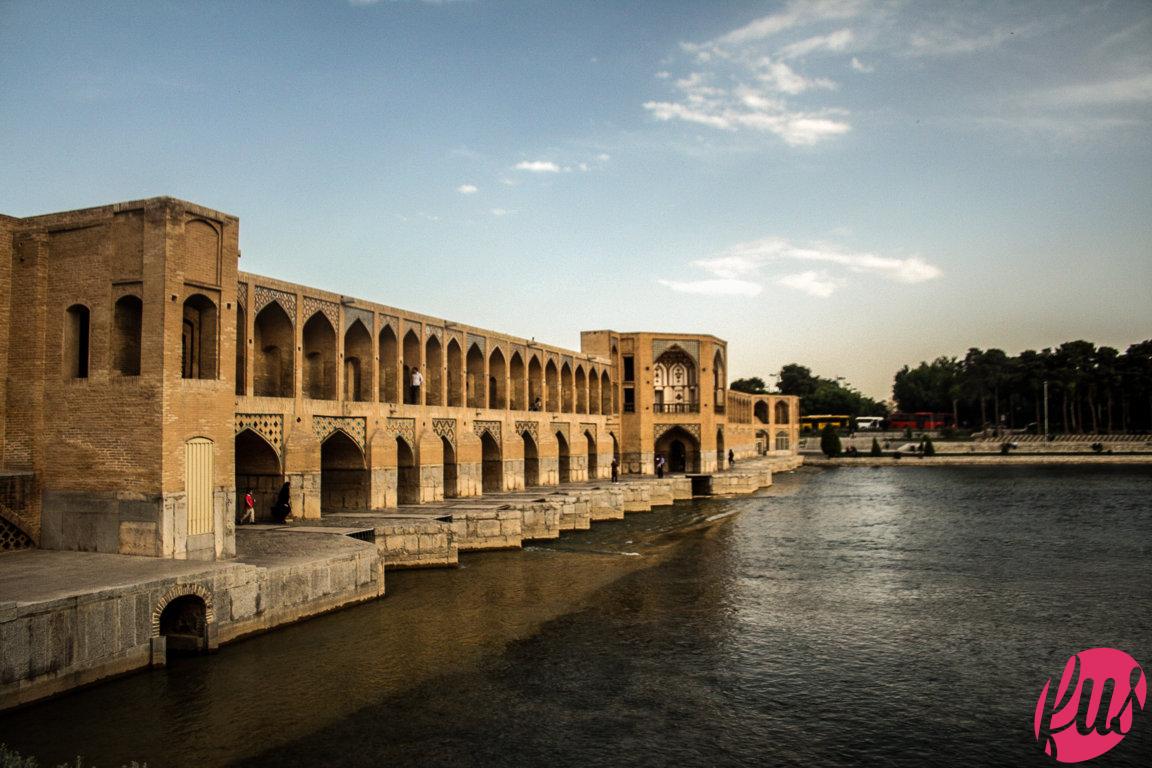