According to Mark Twain, two are the most important days of our life: the one where we were born and the one where we discover the reason why. Chris has already experienced them both: born on the same day as Martin Luther King, he discovered the reason for his coming to the world when he wrote his first poems in the shade of a tree. His tree, under which he went to live by his own choice.

When you have got the job of your dreams, the house and the car of your dreams, a family and a remarkable salary, common sense tells that there would be no reason for you to be unhappy, to feel empty inside. 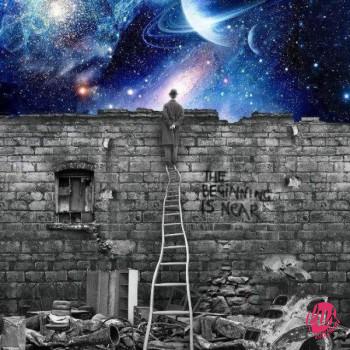 urants of London, in the company of the leaders of the company he was working for – who were about to welcome him to the board of directors, he has the courage to ask them the million dollar question: what does it mean to you to have gone so far? “The meaning? – one responds – The meaning is to take advantage of plenty until it lasts, man!“. Not exactly the kind of response he had expected. And the emptiness starts being felt again, even more exasperating than before.

He then decides he would search for the meaning in his own way: he leaves everything he has and moves to Battersea Park. He will live seven months in the park, from April to October 2002, making a train-wreck of his private life. Paradoxically, those who could understand him better were his children. “My boys lived with me the whole process that led me to make this decision. I simply told them what I was looking for. It was clear that I was kind of a weird father, but they were able to accept the situation much better than anyone else”. It seems that in order to exercise one’s right of choice very often we must come to terms with the disapproval of others, family and friends in first place.

“That was not a walkover – Chris explains – now I can tell the story with a smile, but I can guarantee at that time the situation did not look funny at all”. There were three aspects of living in the park that mainly intimidated him: the rain, the ants (“I’m a Londoner after all” he admits chuckling) and madness. “I was the black guy living under a tree and talking to animals. At a certain point I said to myself Gosh, the madman of the park’s me!”. Therefore I ask him to explain what madness is. “Madness is the inability to control our own thoughts.“. Leaving aside people with mental disabilities, at the end of the day we’re all a bit crazy. He winks and nods “truly healthy people would admit it“.

The truth is, that for the first time in his life Chris is found to own nothing but himself. This led him to a glorious new awareness. “When you live in a state of precariousness, devoid of any social role, you understand you are nothing but a man. And suddenly you feel grateful for being alive”. According to him, joy is the default state of the human being. “Look at children: unless they are hungry or in pain, they are happy for no apparent reason, for the simple fact of existing“. As Milan Kundera would say, children experience the unbearable lightness of being.

When not selling The Big Issue, Chris reads Conversations with God by Neale Donald Walsch, has the time to stargaze, to observe nature, to come face to face with his soul. And finally to live the second most important day of his life. “It was on my wedding anniversary. I wrote a poem and sent it to my wife and a friend. That same night the desire to write another one almost prevented me to sleep. The morning after I went to buy a pen and paper and wrote another two. In that precise moment I realized what the purpose of my life was“.

I ask him why poetry, he replies that writing poems makes him happy, that people appreciate what he does. “I love Henry David Thoreau, and I identify with the concept of warrior poet, that permeates his work.” To be honest, Chris has got something in common with the American writer: similarly, Thoreau lived in a hut he had built for himself, in solitude, to begin what William Ellery Channing, his friend and transcendentalist poet, called the process of devouring oneself alive.

Finding a purpose, however, did not keep him away from depression or, as he calls it, from a midlife crisis that led him to Central America, where he went through one of the worst (in his opinion the best) life experiences. In February 2008, having started a journey with some members of the Rainbow Family, he reached Mexico, where, jumping on a river, he fell and crashed onto a rock. The accident cost him his right leg.

Chris claims the true strength of human beings does not lie in the ability of preventing negative events from occuring, rather in the freedom to choose one’s own reaction to such events. While having his leg amputated, he chose to tell himself that if people gave credit to a poet, they would have probably been even more keen on giving credit to a one legged poet. What he does 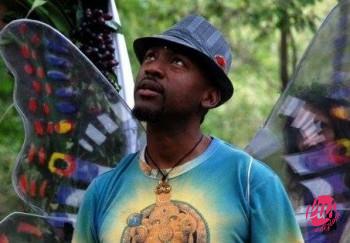 not consider a disability (“I do not feel disabled, simply can not do a couple of things”) brought him to deal with the real disabilities – those of people who, because of serious mental or physical issues, can not help themselves, and still are joyful and a source of joy and inspiration – and to explore the limits of his body. For example undertaking a water fast twice, of forty days duration each.

The secret lies in the law of radiation, i.e. in the art to manifest one’s soul. Contrary to what books such as The Secret want us to believe, books which advocate the concept of predestination and law of attraction, true happiness does not mean getting what you want, rather giving what one is able to give. Some non European cultures still preserve the rite of passage from childhood to adulthood, which aims to help young people find their own purspose in life. Western societies, on the other hand, seem willing to keep the individual in a perpetual state of immaturity, encouraging the development of infantile egos and wishes. No wonder if there are thirty-somethings who still play video games.

“People struggle for success, attention, control, power. They are crazily afraid of not getting these things, because in their mindset if they do not get them it basically means they failed. What they do not understand is that by doing so they keep themselves at the mercy of fear and frustration”.

A productive approach to existence, on the contrary, focuses on what you can give and feeds mature desires: the pursuit of your purpose in life by listening to your soul, personal growth, how to contribute to social development.

Because each of us, in his/her unique genetic formula, can achieve goals that no one else in his/her place would. The universe is a self balancing equilibrium and each of us, as part of the universe, is essential to ensure that this balance is maintained. “We are the universe in human suit!” he says pointing to the audience. 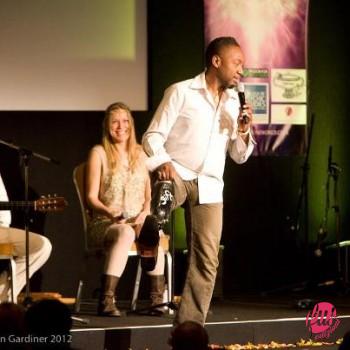 Today Chris helps people trapped in a Near-Life Experience to switch to a Meaningful Life Experience. “The N.1 regret of people on their deathbed – he says – is that of not having been able to live according to their own desires, rather according to the expectations of others.” The project he started, called Your Unstoppable You, is therefore intended for anyone who wants to have a rewarding life, both personally and professionally. The method, which has similarities with the cognitive behavioral therapy, consists of three phases: recognizing that incessant mental dialogue is preventing people from experiencing the unbearable lightness of being, feel the Presence of the Genius State of Mind (what poets call “The Muse”), make meaningful negative or even traumatic events of life.

“The result?” I ask. “The result is people who have got a clear vision of their goals, gratitude for what they have, the tenacity to persist in action, a complete faith in the outcome.” In a nutshell strong-willed people, free from any social conditioning. I ask him if in his opinion all that doesn’t have a subversive potential. He laughs. “Of course, what I go around saying is dangerous in two respects: first of all for the comfort zone in which anyone hides to avoid running the risk of changing. And then for society in general. Sometimes I feel like the little kid in the The Emperor’s New Clothes. The one who has the courage to shout “the emperor is naked!” Thus revealing the lie society is so determined to live“.

I point out that the name by which he made himself known to the public, Christopher, is derived from the Greek Christophoros and means “bearer of Christ”. I ask him if in his motivational courses he ever mentions God. “Although the concept of God is recurring in my thoughts, I do not mention it to those who follow my courses. At least not until they really understand what I mean when I refer to God”. Not the biblical God, the old man with a long beard t 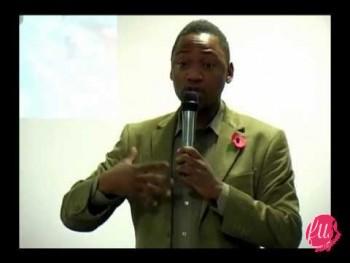 hat rewards or punishes, I suggest. “Exactly, God can not be described. God is unconditional love“.

What he does not procrastinates to mention, though, is that, after reading Conversations with God, in his eyes people became angels who are dying for relating, for revealing their humanity. For this reason he often starts a conversation in the elevator, or sings in the subway. “The least I get is a handshake” he assures. In formalist and alienating London, where a simple exchange of glances can in itself be inconvenient, Chris is not afraid to stare into your eyes, exposing himself to what he might find inside of them, and to what his eyes could leak.

During the interview, having him all for myself seems a mission impossible: people come to shake hands with him, to thank him for the positive energy he spreads, for the inspiration he gives. I sit at the table and watch, wrapped in the soft light of the pub, sipping a cranberry juice. And I smile and I think that despite all the paradoxes this man can ever represent, extraordinarily enough of paradoxes I do not see even the shadow.

Chris Paradox, who I met at an event organized by Gathering of Minds, where he held an inspirational speech, daily inspires people with his story, poetry and courses. 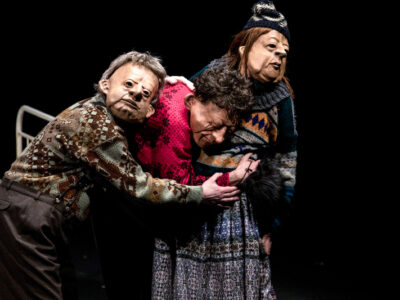