Damascus. Once Upon a Time

The smell of old faded photos brings me back to the time when cameras had films and to call home one had to make ​​do without Skype. When Syria was a cheerful land, the war layed beyond the mountains and nothing seemed able to upset such an imperturbable serenity. The time of a Damascus that no longer exists, as it was before the massacres, the pain and despair. My first experience in the Arab countries and my first, great love.

The morning sun caresses the roofs and the scent of coffee with cardamom, from the kitchens, starts spreading all over the old town. The voices of street vendors roam the alleys while groups of women return from the market carrying fresh bread on their forearms. “Sabah el kheir! Sabah el nour!” and Damascus opens its eyes to a new day.

The old Qaymarieh Street, covered with a blanket of vines hanging in the air like frozen drops of magical rain, comes to life again: traders raise the shutters of their small shops while sipping the first tea of the day. There is a greengrocer showcasing big, red pomegranates, a deaf-mute shoemaker cutting a portion of leather he will convert into comfortable sandals. A goldsmith leans against the jamb of a door and carefully selects the necklaces to put on display that day. Boys with slicked back, dark hair cast malicious glances at us while we walk past the stalls towards the Umayyad mosque.

The wind brings the odour of old stones, shining bright under the midday sun, on which the children run and scream excited by the game they play. People pray, talk, read, eat. “The mosque embraces it all – says Bashar – the mosque embraces life”.

Not only. In this place – in antiquity a Roman temple, then a Christian church – for over two thousand years people of different faiths prayed. The temple old walls have welcomed in silence the invocations of each and every one. And according to the legend, besides the head of Husain son of Mohammed, they provide sanctuary to that of John the Baptist.

A man wearing a white galabiya teaches his son how to perform the ritual ablution while girls of Iranian origin touch us with the rustle of their black robes. This is just a stop on their pilgrimage: we will meet them again at the mosque of Saida Zeynab, the first Shiite place of woship we will visit wearing a long, black abaya, very similar to theirs.

Colourful mosaics cover the façades of the building, where verses of the Coran run freely in golden letters on a blue background. We enter a crowded room, where the air does not circulate despite the fans in motion. Weeping women stretch their arms in an attempt to touch the tomb of the Great Zeynab, daughter of Ali and granddaughter of the Prophet. They rub their clothes –even their kids- against it. In a corner of the room an old lady mops the floor carelessly.

The Arabia Felix we dreamt of, bent over our university textbooks, finally revealed itself in the Souks and traditional coffee shops of the old town.

By the time we reach the Nawfara, perhaps the most famous café of all Damascus, the muezzin is still chanting and the light of the sky at sunset tinges with pink the water of the fountains. The room, packed with men, is thick with the fruity smoke of the water pipes. A waiter comes along with cups brimming with mint tea, that we start sipping while watching the comings and goings of the road.

A man enters the room with a red Fez on his head and a book under his arm and the noise instantly becomes silence. He lifts up the edges of his beige tunic to avoid tripping while climbing on the platform where an inlaid wooden throne stands. He sits and clears his throat. The Hakawati Abu Shadi is one of the last storytellers of Syria and certainly the most popular of all the country. Every day after the evening prayer, with a pair of glasses on his nose and a stick he likes swirling repeatedly in the air, he recounts the deeds of the heroes of the past, the sad love stories between beautiful princesses and nomads of the desert, the weirdest adventures lived by the eccentric characters of the Arabic and Muslim tradition.

That is the time of the night when the city exudes all its charm. In the courtyards of each restaurant, accompanied by a background sound of gushing fountains, singers and lute players warm up the atmosphere and incite the spectators to get up and dance the Dabka, jumping and shaking handkerchiefs in the air to the compelling rhythm of the music.

The notes of popular songs, laughter and applause rise up to the rooftops, from where we enjoy in silence a breath-taking view over the city. The blue lights of the churches mingle with the green ones of the mosques. At the horizon Mount Qassioun, with its soothing stillness, seems to protect Damascus from the clashes that in those days bring Lebanon to its knees.

Sitting on a blanket dropped over the concrete floor, Batul grasps the cup where I just drank the Turkish coffee she made for me. She turns the cup upside down and lets it rest on the saucer for a few minutes, then turns it again to scrutinize it. Batul does her best to make ends meet. Mother of three children – a boy and two girls – every evening she welcomes home whoever wants to dine at a modest price. She explains to me that fortune telling – or “opening the cup”, as they say in Arabic – is something her mother taught her to do. “My daughters are not able, though– she says with a sigh – and maybe it is better so”. The images she shows me resemble those engraved on the walls of a prehistoric cave. Batul tells me a story I already heard, my story, and while looking up on my pale face bursts into laughter.

In the alleys of the old town the night breeze carries the scent of jasmine. I walk thinking of what happened to me that morning, when I stopped by the goldsmith as one of the necklaces on display had caught my attention. It was a rose-shaped pendant, the rose of Damascus. “It’s too expensive, I won’t buy it” I told him in the hope of getting a better deal. But the man did not seem to be intimidated by my attitude. “According to a Syrian saying, my pretty lady, if you buy what you like – albeit at a high price- you cry once. But if you do not buy it you will weep forever”. Alas the man was right: I looked in many other places, but couldn’t find a necklace of equal beauty anymore.

Many years have passed since that day, and only now I perceive what that man intended to say: that what is now won’t be any more and better live it at the fullest, as tomorrow’s sun may never rise. Nothing truer than that. Goodnight Damascus, I’ll meet you again in my dreams. 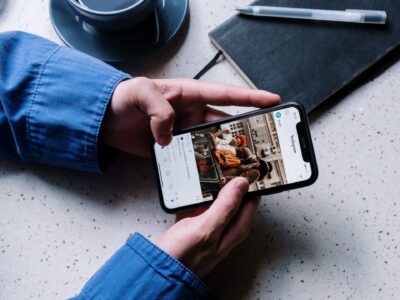 This website uses cookies to improve your experience while you navigate through the website. Out of these, the cookies that are categorized as necessary are stored on your browser as they are essential for the working of basic functionalities of the website. We also use third-party cookies that help us analyze and understand how you use this website. These cookies will be stored in your browser only with your consent. You also have the option to opt-out of these cookies. But opting out of some of these cookies may affect your browsing experience.
Necessario Sempre abilitato