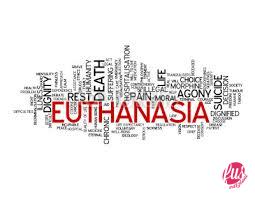 Utopian thinking, if anyone could choose following his or her free will, dictated by a moral law, the world would be a better place to live in. Talking about ending life, if everyone could care primarily for the patient’s will without considering the legal aspect of the patient’s choice, any  process to pass over would be seen as something possible, and legal, for those of you who care to disagree.

As a terminal patient, you are not free to decide whether it is time to go

But that is just a utopia. As a terminal patient, you are not free to decide whether it is time to go, asking for help to relieve your pain for good. Some people believe that allowing a third party to help you during the final step by taking your life away is not dignified. Dignity is not a matter of how you pass away. Natural death, euthanasia or assisted suicide, they all lead to the same final destination, and we should be free to decide how and when to go. Legalizing this utopia could make a difference in this world. Let’s see why.

I once heard this phrase on a TV-show: “Death is easy, life is harder.” Agreeing or disagreeing with this quotation makes the spectators, and the readers in this case, interrogate themselves on why we consider assisted suicide as an alternative to hospice care.  When someone has tried all the possibilities and all the cures to live a better life in such ill conditions, the last cure could really be the assisted suicide.

The question is: why not? The answer is: because it is not legalized by the State law. Then why can the State decide for us? To answer this question we first have to realize that this world is mainly ruled by three major “laws.” One is the State law, the Government. The second is the religious law, the Church. The third one is the moral law, we can call it Ethics. On the other hand, it seems like I am part of the few who believe moral law is better than the rest, but we are part of a society which commonly accepts and follows the State law. 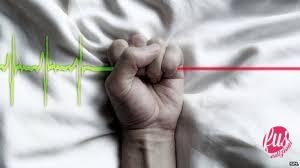 Having the freedom to decide whether to be helped to pass away should not be a matter of State or Church laws. You should not have the “right” to choose because there should be no “right” for these issues, just because the law says so.

Everyone is free by nature. Everyone should be free to do what he or she finds the better alternative to reach the last level of his or her existence, whether by asking for assisted suicide, or euthanasia, or letting themselves go in an hospice care system.  Assisted suicide, and euthanasia, are legal in some states, which means that they are accepted by the law and by the community, even if not everyone can agree with these practices. The problem should not be whether or not hospice care or assisted suicide are good alternatives to reach the last step of our lives, but to find a way to allow people decide on their own without being prosecuted because of their choice. The State law should not say yes or no to a specific “end of life” method;  it should give us freedom of choice, in any other case without interfering. 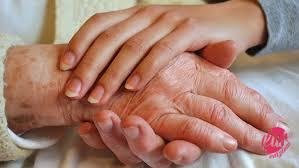 “Legal” is a word that makes something acceptable. Many people who would like to die with dignity, either by asking for assisted suicide or euthanasia, see themselves stuck because they could put someone else in charge of homicide if what they are asking is not legal.

What I am saying is that when a person wants a third party to help him to pass away, he must be free to ask for help without creating a problem for the third party itself. Doctors are taught to heal the wounds and the diseases of patients; they are not asked to save from death. Death is incurable.

We cannot escape from death, but if there is a way to meet it without pain, and most of all, to choose when to “meet” it, we deserve it by right.  The following quotation is what best expresses the point: “If a doctor had written a no-code order, which is the only legal alternative, would he have felt any less guilty?” (Huttmann, Barbara. “A Crime of Compassion”. The Norton Reader. New York: W.W. Norton and Company, 2002: 519-521).

A doctor should not feel guilty because the practice he is using is said to be illegal. Acting following the patient’s will means acting morally; consequently, guilt is not a plausible feeling when you are doing what the patient has asked.  Once you are helping the patient, in any way, and both the doctor and the patient think the method they are using is the best alternative, nobody should disagree with this choice. Not even the State law. But it does, charging the doctor for homicide. 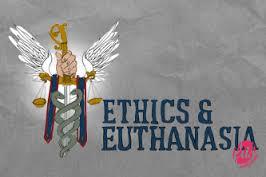 I want to underline that I am using the word “assisted suicide” as a different way to say “euthanasia,” as opposed to what Miller said in the article, and that can be summarized by the quote: “Concern should be expressed when states gives power to medical practitioners to override informed consent” (Miller, John  L. “Hospice Care or Assisted Suicide: A False Dichotomy”. Critical Thinking, Thoughtful Writing. Boston: Houghton Mifflin Company, 2002: 492-495).

The author is arguing about a slippery slope argument, like the one I have been introducing so far, stating that “the slow whittling away of self-determination can creep up on us, if we don’t watch out” (493).  Once euthanasia is legalized, assisted suicide and even hospice care would be at the same level.

Euthanasia and assisted suicide coincide in meaning and practice. We cannot say they are different just because one is legal for the State, and the other is legal for the Ethics. Hospice care is just a waiting room before someone passes away. If the patients decide to wait for the end to come, asking for palliative cures, they can do that being part of the Dr. Dignity program.

Would, asking for euthanasia, it mean that you are not dying with dignity? I do not think so. All the different alternatives to natural death must be considered worth dignifying. The choice that people think to be the best to take their “final step” is, and must be, their own dignified choice.